What Impact Does Rain Have On Soil Erosion?

What Impact Does Rain Have On Soil Erosion?

Heavy rainstorms can cause dramatic and excessive erosion events, however, most soil erosion happens gradually over time and often is very hard to notice without constant monitoring. Water erosion occurs when rainfall breaks soil aggregates causing detachment and displacement of soil, either directly by means of raindrop impact or indirectly through large bodies of water. In order to prevent erosion and save soil, you need to understand the different types of erosion that can occur.

Splash erosion can be defined as the first stage of the erosion process. It occurs when raindrops hit the bare soil and the force of the impact breaks the soil aggregate and disperses the individual soil particles causing them to ‘splash’ into the soils surface. The splashed particles can be airborne as high as 60cm from the ground and displace up to 1.5m from the point of impact. The soil particles block any space between the soil aggregates resulting in the formation of surface crusts which reduce infiltration resulting in the start of runoff.

Steep batters are prone to sheet and rill erosion. Sheet erosion refers to the removal of a thin layer of topsoil by shallow surface flow in areas that have very little vegetation to protect it. It strips the much-needed nutrients and organic matter from the soil that is essential for successful revegetation. This process is quite slow and can go unnoticed for a long period of time. Rill erosion is caused by runoff water which forms small, shallow channels as it concentrates in a downwards motion down a slope. Rill erosion can be described as the intermediate stage between sheet and gully erosion.

Although spectacular to look at, gully erosion affects soil productivity, restricts land usage and can damage roads, buildings and any barriers in place. Gullies occur when runoff concentrates and flows with enough force to detach and move soil particles. Once they begin, gullies will continue to move by headward erosion or by slumping of the side walls until there is insufficient runoff to continue the erosion. Once stabilised however, gullies lose very little soil despite their dramatic appearance.

The removal of subsoil by surface water creates tunnel erosion. This process begins when surface water seeps into existing holes or cracks in the soil, disperses and is carried away with the flow. To begin with surface soil stays intact but as more water flows through, the tunnel becomes larger and increases in size as the soil begins to collapse.

Erosion by water also has the ability to alter the shape of coastlines. Waves constantly crashing against the shore pound rocks into pebbles and eventually reduce them into sand. Water also has the power to take sand away from the beach shorelines which results in the coastline moving further inland. Furthermore, the battering of ocean waves on seaside cliffs is what leads to bore holes that form caves. By water breaking through the rear of the cave, it creates an arch and the continual pounding can cause the top of it to fall, exposing only rock columns that are referred to as sea stacks. These sea stacks pose a dangerous collapsing threat.

How Can it be Stopped?

The answer is simple: revegetation. Revegetation is the best form of erosion control. Plants such as grass shield the soils surface from raindrop impacts and slows down the movement of sheet erosion water across the surface soil which in turn reduces the loss of topsoil and encourages rainfall to soak into the soil for root absorption. By absorbing water through the roots, it increases the stability of the soil by removing the water from it. The roots of plants physically reinforce soils, resist erosion and increase the infiltration of water into the soil by forming physical pathways. Plants have extensive root systems that lock the layers of soil together in an interlocking grid, reducing displacement and stabilising.

Does your soil have the tell-tale signs of erosion?

Contact our expert team at Spray Grass Australia for information about our erosion control services and an obligation-free quote. 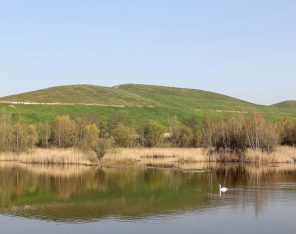 The Importance of Timing Revegetation Projects

The key to a successful revegetation project rests in the timing and identifying the perfect... 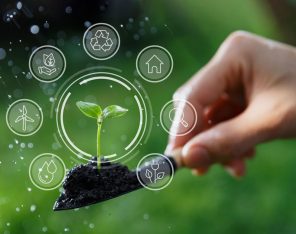 4 Reasons to Focus on ESG 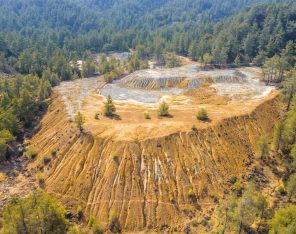 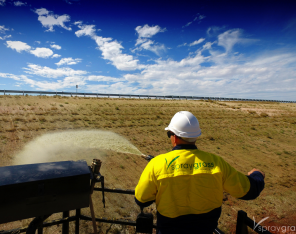