Background:
In early 2017 V/Line experienced drainage issues within the Merbein railway cutting, 617.60 kilometres between the Dunolly to Yelta Freight corridor.

The engineering firm GHD was engaged to investigate the concerns during a site visit on the 22nd of August, 2017. Reports from the visit revealed that the slopes within the cutting had been compromised by wind and water erosion. The erosion had formed large holes and scouring of the slopes, which had caused fine silt, sand and clay particles to accumulate and create blockages in the crest drains.

This issue prevented water from displacing away from the train line, causing widespread moisture in and around the track ballast. The water had modified the structural integrity of the tracks by preventing its ability to bear the weight of oncoming trains. Due to this high-risk contingency, drivers reduced their speed by 10-15 kilometres per hour to ensure safe and effective movement across the train line.

This problem would be resolved with the removal of material build-up in the drains, followed by an erosion control solution on the railway cutting and embankment.

Issue: A revegetation strategy was suggested by GHD to combat the reported problems; however, soil testing indicated that the sediment consisted of dispersive clay soil that become airborne when dry. Due to the low rainfall in the area, revegetation would be a short term solution; therefore, an erosion control blanket was the most viable alternative for the site.

Project Overview:
Spray Grass Australia (SGA) was approached in early October 2017, by V/Line, to stabilise the railway cutting in Merbein with an erosion control solution.

On October 21st, SGA’s environmental consultants inspected the site location. During this visit, a three-dimensional drone survey examined the land topography to determine the area measurements for optimal product coverage.

Upon inspection of the site, SGA put forward a proposal that articulated V/Line’s industry commitment to maintain the relevant Australian Road and Maritime Services (RMS) and requirements for the stabilisation of the road embankment and rail line cutting.

The following proposed solution was presented to V/Line:
• EcoArmour – applied at seven tonnes per hectare and accompanied by a ten-year guarantee.

Solution:
EcoArmour is an Australian designed and manufactured erosion control solution, formulated for high-pressure, hydraulic application. Once sprayed, it sets and dries in a matter of hours, providing high-performance erosion control for up to 20 years, depending on the client’s specifications.

It is scientifically engineered with a blend of minerals, interlocking fibres and specialty binders to form a durable, non-flammable crust. The binders incorporate themselves into the substrate to establish a flexible yet resilient cover, capable of moving with the ground without compromising the product structure.

Equipment:
Based on observations recovered during the initial drone survey, SGA recognised that the most practical application method would be through, water cannon and hydraulic hoses attached to our mine compliant HydroTruck. The management of these attachment’s provided SGA technicians with the flexibility to adjust pressure rates for safe and uniform delivery of the erosion control blanket.

Feature:
This vehicle can store 7,000 litres within its holding tank, along with two in-built agitators designed to maintain a homogenous solution mix.

Scope:
After extensive analysis and the implementation of safety procedures; works commenced with a three-dimensional drone survey, scaling the area and determining the amount of product required for the project.

Data also indicated that the 400-metre railway cutting height, ranged from one metre through to five metres, with angle gradients varying from 35 – 60 degrees. This process showed that 65.5 tonnes of EcoArmour would be required on-site to fulfil the clients’ requested ten-year guarantee.

The 9,350 m2 project was successfully undertaken during one site mobilisation, spanning over four consecutive days, between the 6th to the 10th of March, 2018.

Location:
•Access issues were evident early into the first phase of the project with hose equipment unable to manoeuvre within the corridor cutting. The team worked proactively to combat this problem by altering their application positions.

•The railway cuttings contained protected native plant species, which required the SGA technicians to reduce the application rate and take additional care when applying product around the plants.

• External contractors had not prepared and compacted the embankment located at the top of the railway cutting to SGA’s company standards; therefore the team had to resolve this issue with HydroBond, a product used to harden and prepare the surface for the erosion control blanket.

• Onsite technicians were confronted with high temperatures and humidity, exposing them to harmful health and safety risks. This matter was treated seriously with a fatigue and heat management plan appointed throughout the duration of the project to prevent dehydration and or heat stresses.

Results:
V/Line was pleased with SGA’s ability to promptly deliver the EcoArmour solution to the RMS standards. Routine communication also played a role in the quick recovery of the rain line, allowing for train travel to return to regulated speed parameters.

We believe that soil is the foundation for success of any revegetation project, so our programs are always based on a thorough understanding of the physical, chemical and biological characteristics found on site. Results provide us with essential information to determine what adjustments need to be made to assure a favourable growing environment. With access to over 100 various ameliorants, we are able to improve the properties of the soil’s physical and microbiological environment with ease. Talk with our specialist team to see if your project qualifies for our complimentary program. 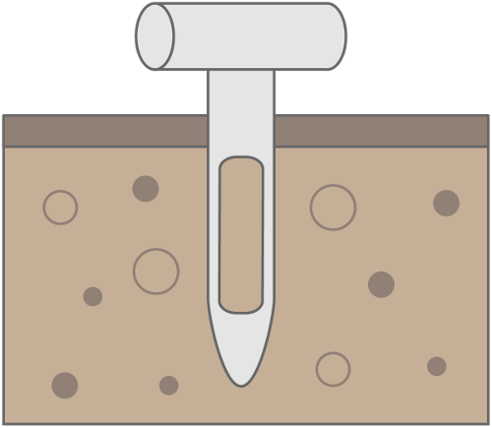